We want to welcome our newest Optimist club to the District, the Penhold & District Optimist Club organized on June 23, 2010 in the city of Penhold, AB.  The organization meeting was officiated by our newest OI Field Rep, Duane Kelly. 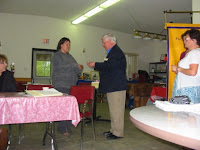 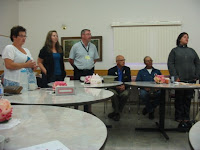 On behalf of Zone 3 (Gov Darryl's home zone), we would like to welcome our newest club, organized with 32 enthusiastic charter members.

Their first project is already planned for July 10.  They will be volunteering at Penhold’s Grand Opening of their newly built Multiplex.  I know that everyone will do all we can to assist them! 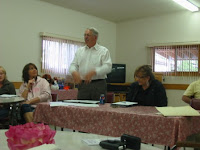 Officers and board members of the Penhold and District Optimist Club will be installed officially at their charter event by Governor Darryl Sim and we will keep you apprised as to when the date will be.  Thanks to Duane Kelly (District Leadership Chair), Governor Darryl Sim, Guy Gibson (Past Governor) and Lt Governor Laura Murphy. 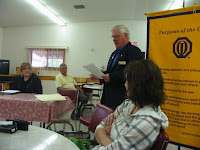