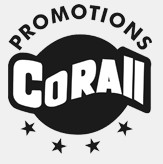 Optimist supplier Promotions Corall has launched a new website. The website is at www.optimistsales.com  and has a whole new look and a new inventory.

Promotions Corall became the sole supplier for Optimist Clubs throughout the United States, Canada and the Caribbean as of January 1, 2010. The website launch is an added effort to best serve the needs of Optimist Clubs, their Members and the children who benefit from their projects.

Go to www.optimistsales.com and start shopping!

It is also with great sadness that the Distriict has lost another great supporter. Past Governor, Glenn Jewison, passed away April 15, 2010.

Glenn was an active Optimist right up until his passing. He helped the Downtowners with the Band Festival (something he had done FOREVER) in late March and Glenn and Betty had just conducted the Sundown’s Oratorical Contest a few days before his surgery.

He was one of the organizers of the Taylor Field beer sales, no small undertaking. He loved working with kids. Glenn always had a big smile on his face and was one of those people who were just a joy to be around. We will miss him.